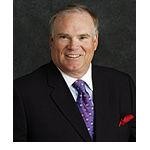 He is a former top level US diplomat, a 30 year veteran of the public relations industry, a former Army intelligence operative, an expert in mid-east and south Asia politics and communications and a sought after commentator on current events.

Prior to that, Raleigh was a 25 year executive with one of the world’s largest Public Relations firms, managing its flagship New York office and heading up its Global Client service portfolio. He has represented a number of Fortune 500 companies as well as a gold mine in Guyana, the inventor of a silicon brain, which ended up having the same power as Charlie Sheen’s, and two gentlemen who were convinced they had found a method to turn base metals into gold (in case you’re wondering, they hadn’t).

He is currently working on developing three new television series.